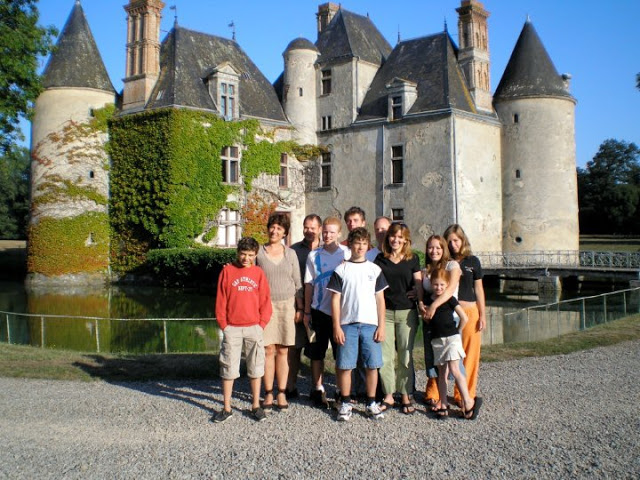 Another type of unconventional accommodation option that we fell in love with is Hospitality Exchange. Where there are plenty of sites to go to for home exchange, hospitality exchange is rather new. Often these types of options have come to us from other travels we’ve done and people we meet. When you open yourself up and talk to locals and find people of like mind, they will invite you to be their guests. We had friends invite us to stay with them in their Villa in Sorrento, Italy. This is the view from the roof…. simply heaven. As this is being written I can almost feel the relaxed atmosphere mixed with the aroma of Italian cooking coming from all corners of this beautiful little courtyard. This simply took my breath away!

We have also invited and hosted kids from all over the world to stay with us for the summer to have a cultural exchange and often those have naturally evolved in replicating offers from their family to come stay with them. One summer traveling through France and Germany we were able to stay with 5 families all for free and our experience was out of this world. Here is Brianne helping to fix dinner during our hospitality exchange.

You will never experience different cultures and traditions of countries in the world better than by living with people of that country. We have made lifelong friends around the world through hospitality exchange. The idea here is that you open your home up to singles, couples and families if you have the room for a few days or for however long you want. You become their host. You don’t have to feed them, be their constant guide or stray from your daily routine – if you don’t want to. All they are usually looking for is a comfortable place to sleep and call a base camp. Now, it has been our experience that if you do this right, they will become like family. You will share meals, stories, laugh and show them what your region of the world is all about.

Remember this is all called “exchange” and if you just do your own thing you really aren’t exchanging much. Once in Germany we stayed with this incredible family, the Kluths, who opened their home up to us. When we arrived, they showed us to our room, the house was small and so to accommodate our family of 6 was quite the juggling act. We soon learned that the room they put us in was their master bedroom. They made the camper their room while we were there. We insisted that we take the camper but they argued that we were the guests and insisted we allow them to do this for us. Such was the graciousness of our host. The Kluth family not only had little German Chocolates… Yummyness, on our pillows when we arrived but they cooked some of the most amazing meals, including this beautiful cake above. Marissa is just hanging out with Milena’s Brother at their home in Germany. We visited Switzerland with the Kluths and here we are contemplating our jump off the bridge for a little swim!

This type of exchange can often be easy to arrange and fit within your normal travel schedule. You don’t need to be as flexible, just make sure you are understanding to the needs of your host and always bring a gift of thanks, usually something unique from your country or region. I’m sure if you give this a try you will fall in love with it as much as we have. Keep your options open and you will be surprised at what comes your way. On the trip through France and Germany, one of our French families who invited us to stay with them gave us the most incredible surprise when we pulled up to their address. As we drove into their drive, right in front of us was their summer home. To the right of us was a 14th century full blown French castle with a proper mote, we might add. When we had finished the most incredible dinner they prepared for us, they asked, “Do you want to sleep in the farmhouse with us or would you prefer to sleep in the castle?” They didn’t have to ask twice, how many times do you get the chance to sleep in a castle?

If you are going to look for sites for hospitality exchange here are a few to start with, www.couchsurfing.com is the one that most people think of but keep in mind they are more geared to the single or couple travelers. Others are www.staydu.com. www.warmshowers.com, www.hospitalityclub.org, www.globalfreeloaders.com and for those who are Latter-day Saints there is a sight that caters to you, www.mormonexplorer.com. 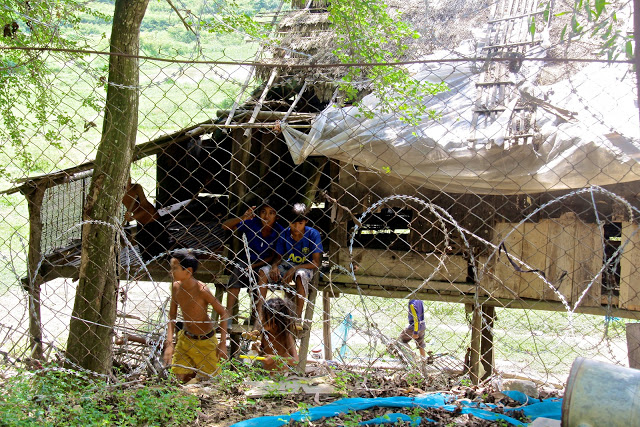 The next day, as we began or adventures with Mr. Mada, we stopped at one of the many, “ Killing Fields” throughout the countryside. We knew that Cambodia, to be precise Paul Pot, killed one third of their nearly 8 million people. What’s also insanely unique is how this horrific history happened in our lifetime…. in the 70’s. We hope you share these photos (age appropriate) with your kids and family then talk about history and what can be done differently for our futures. How can we make a difference when such atrocity’s are happening? Here is the memorial building which houses many of the sculls of those killed with weapons used during that period. They were trying to conserve on bullets so often went to other brutal methods. Paul Pot convinced others along with himself that all those educated or who had wealth should be killed (he himself was a teacher) and that they should concentrate on producing more rice and that would make them become wealthy and a world leader. This twisted logic not only killed more then 3 million of their own people but made them a very poor country affecting generations far into the future. Check out the  Killing Fields website for more information on this part of history. While listening to our auto tour, I stood horrified and while tears fell on the ground as I heard the explanation of what they used this tree for. My mind could not wrap itself around the thought that anyone could even think of such an idea, let alone follow through. Marissa noticed my silent tears and asked if I would be OK…. even writing this months later my eyes are tearing up. This impacted me for a lifetime. While walking the path around the perimeter of the Killing Fields lies this old fence with a make-shift house on the other side. These kids begged for candy but were happy that I had gum to share with all of them.

The things we learned, saw and felt will forever touch our souls. Most of them we won’t even write about here, as they were so horrific, but we encourage you to explore on your own. We feel that by understanding history, hopefully we will avoid making the same mistakes in the future. Our next stop which was also part of the “Killing Fields”,  it was the barracks which were at one time, a high school before the horrific events. Although these are a must see while in Cambodia we recommend some study beforehand to prepare you.