New York continued……. and yes, we did keep it under $600 for the entire trip for two. 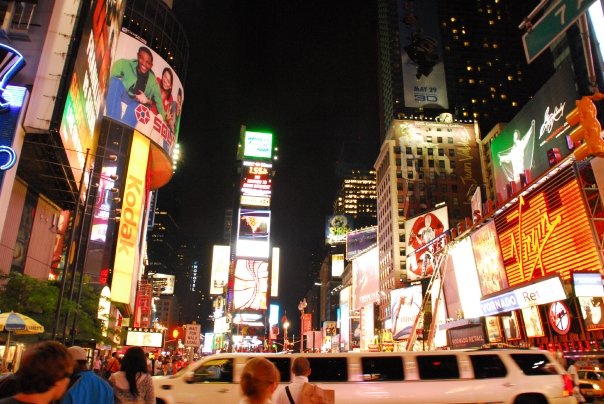 We didn’t rent a car while in NYC. Why would you? The cost for parking would probably exceed the cost of having the car and who wants to drive in the city anyway? We did however decide to take a side trip to New Hampshire and stay a night with some friends and visit with our publisher of, ‘day trips from salt lake city’, Available now at Barns & Noble, Amazon, etc…..
We had taken a shuttle from the airport to our hotel when we landed, which wasn’t the fastest because the evening rush had just began. The cost after tip was about $40.00 for both of us and we figured it wasn’t too bad. We did hear however that once you take the subway and airport train, you’ll never use anything else. Our story begins with us believing this is true. Now don’t get us wrong, We love the ease of the Subway in New York, but when your not as familiar as you need to be and it is crowded and you have your luggage, I’m just not sure if the savings are worth the cost. Here is the cost… The station was right across the street from our hotel, big bonus. However we soon learned there are two blue trains that go towards the airport. One has a stop for the Airtrain and one forks off and heads in a different direction. We, of course, were on the fork train.
We realized this and decided to get off at a mutual stop and catch the correct one to the Airtrain. The train stopped, We got up and headed out the door, I had a little delay from my luggage and when Dale got outside, and turned around he saw the doors shutting with me still on the train. I thought I could stop the doors and stuck my foot between them and as the train proceeded to take off Dale watched me lose my balance and fall back into the train (much to the entertainment of the train passengers). So Dale grabbed his cell phone… no service. He then proceeded to the person at the ticket booth, no help at all. He walked out of the subway to get cell reception with the hope that he would get off at the next stop and do the same. After only a few minutes we connected on the phone. I stayed at that next stop to wait and Dale got on the next train heading in my direction. We met back up, got off at the Airtrain and made it to the car rental place no worse for the adventure- just a lot to laugh about! Total cost for both of us to take the train, $4.00 for the subway and $10.00 for the Airtrain, a $25.00 savings but we’re not sure it was worth the gray hairs. When we returned for our last night in the city we took a taxi and then a hired car to head home. The shuttle, taxi and hired car are all about the same cost and we haven’t decided which I thought was better. *Update: Did we keep it under our est. $600? Just under….. we had’ buy one get one free airfare’, free hotel credits (which included a buffet breakfast), discount Broadway tickets, and local small food eateries that are inexpensive with great diversity.  We showed up at the ‘Phantom of the Opera’ box office one hour before the performance and asked “What is the best deal you can do?” (Thanks to Richard Paul Evans…. we always use this phrase and have saved thousands)……the guy looked at us, held his finger to his lips and whispered, “The show is about to start so we will sell you 1/2 price tickets close to the front”. SWEET!

Before OUR family trip – a NY romantic getaway just for us! 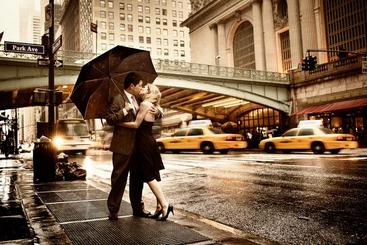 We specialize in family travel, but sometimes mom and dad need a vacation and our motto changes to ‘No Kids – Will Travel’! For valentines Dale decided to take his wonderful wife (wink, wink:) to New York City for an extended weekend. Even with great airfare of $269.40 RT from SLC to JFK, a five day, four night stay in NYC would cost just under $2000.00. ($538.80-air, $179/night x 4 nights -$800.00 with taxes, $300.00 Broadway tickets and about $250.00 for food).
Following the techniques in the book, Have Kids – Will Travel, (www.havekids-willtravel.com) we will do this trip for just under $600.00. or about the cost of airfare alone. Tonight we are headed to dinner and then a Jazz club, then tomorrow a day in the city and a night at the Theatre. We will keep you informed as to how well we keep to this budget and all the fun we have in New York for Valentines day.

We are planning….. Czech Republic!

Can families really travel the world?
We hope as you read our blogs you will get a sense of how absolutely possible it is for families to travel the world. We have been traveling like this with our family for over 10 years now and the difference it has made in our children’s lives is incredible. Our favorite quote is from St. Augustine – “The world is a book and those who do not travel read only one page.” It truly is our goal to help families realize how affordable travel can be if you know the right travel secrets and are willing to invest a little bit of time.
We would like to take you along, through this blog, on our next family vacation and explore Prague, Vienna, Milan and the Amalfi Coast of Italy. Right now we are in the middle of planning so check back for the changes we make as we book the trip of a lifetime for the cost of going camping (almost). Why Prague? How do we get there?
First of all, Dale is the reason we are going to Prague.  The kids and I have pretty much dictated our past vacations to destinations they wanted to go. Our oldest daughter has always been fascinated with France. So much so that her minor in college is French and we believe she has been there almost every summer since she was 13.

Second, why not Prague? It is one of the most beautiful cities in the world. Untouched by the wars that ravished Europe and full of so much history, it would take years to take it all in. Unfortunately we have only a few days this time around. Our hope is that we get enough of a taste to lure us back many times as other countries have.